STay woke and in the know. 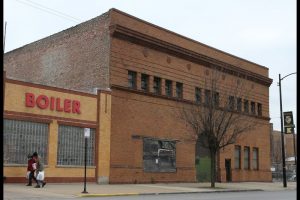 Actor Harry Lennix shot to fame by playing Terrence “Dresser” Williams in Robert Townsend’s “The Five Heartbeats” and Boyd Langton in Joss Whedon’s “Dollhouse.” He currently appears in both “The Blacklist” and “Billions,” and is upcoming in Zack Snyder’s new Netflix series, “Army of the Dead,” wherein a group of mercenaries plan a heist on a Las Vegas casino by breaking quarantine during an outbreak of zombies.

But much of his attention at present rests on an old warehouse building located at 4343 S. Cottage Grove Ave. on Chicago’s South Side, where he intends to build both a two-theater complex to house (among others) the Congo Square Theatre Company and a new, nationally focused museum dedicated to Black contributions to the performing arts. Everything from dance to film to music to theater.

“This is both complicated and very simple,” the 56-year-old Lennix called to say over Thanksgiving weekend. “I want to find a means to archive the collective history of Black Americans in the performing arts. There is no institution that celebrates or houses that. And that is what the African American Museum of Performing Arts will do.”