Inspiring people from the world of the Black Arts 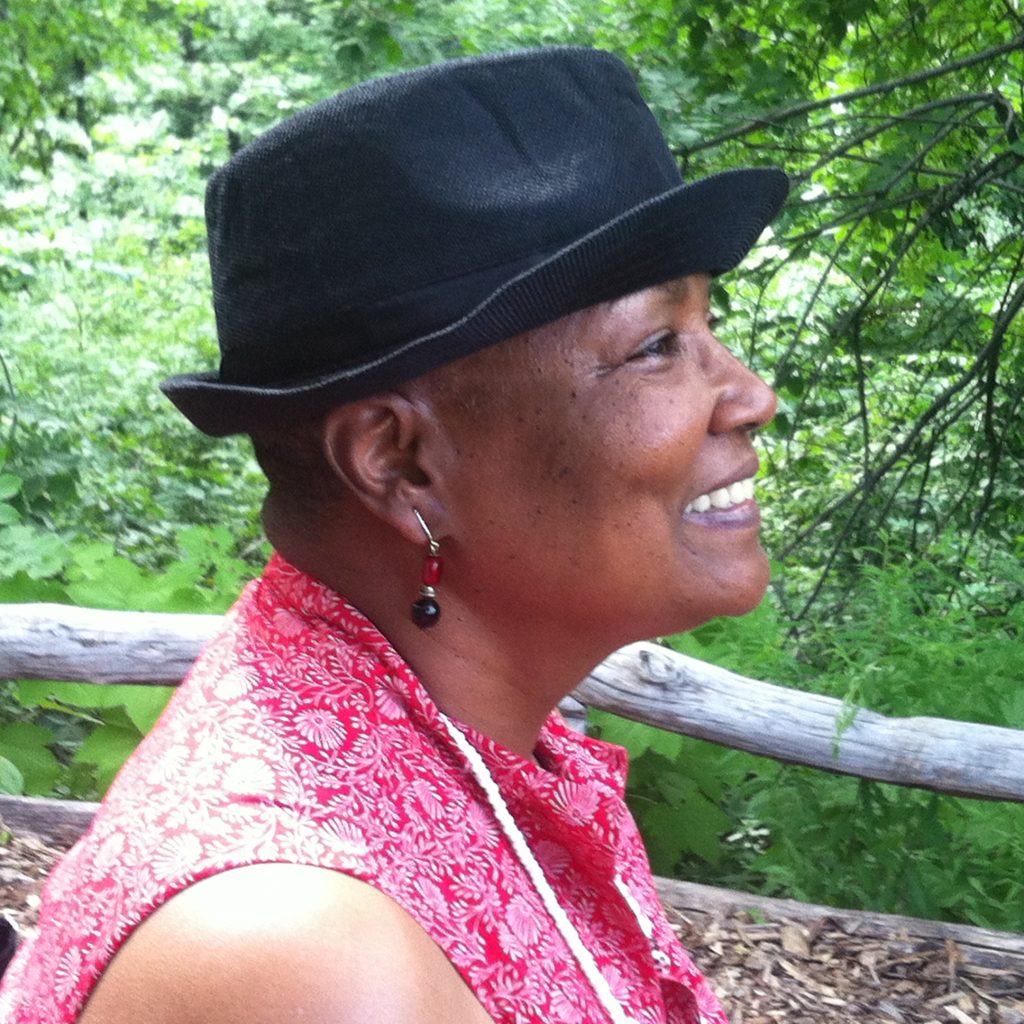 Kemati Porter: Who am I? A transplanted southern girl forged in the fire of the 1968 Civil Rights Movement. I witnessed Martin’s Mountain Top oration in Memphis and followed the movement to Washington, D.C. for a summer of civil agitation. Afterwards, I chose Chicago as my home. Here, my life has been a phenomenal education in African American arts specifically, Black Liberation politics and education, and the building and maintaining of community institutions and organization that promote the diverse contributions of Black Americans locally and nationally.

I was educated at Loop Junior College, Columbia College of Chicago and received my terminal degree in Directing from The Theatre School of DePaul University.  I pursued an artistic career at eta Creative Arts Foundation from 1976 through 2019. During my years at eta Creative Arts Foundation, I contributed to and supported over 500 productions, workshops, conferences and programs.

I organized the first African American Women in the Arts Festival (1991-94). International women artists competed in our play festival, film and comedy showcase, and workshops. While associated with eta Creative Arts Foundation, I performed Artistic Administrative duties at The Martin Luther King Jr. Arts Complex and The Columbus Urban League.

After graduate school, I received an Internship and TCG Fellowship to McCarter Theatre in Princeton, New Jersey from 2003-2007. This opportunity provided a wealth of experience in the New York theatre scene as well as international arts exposure in Singapore and China. eta Creative Arts Foundation remained the bridge to all these experiences.

AAMPA: What does it mean to engage a Black audience?

Kemati Porter: Allow them to see themselves onstage in works that reflect the imagery and diversity of their authentic life experiences through the lens of Black writers.

The 60s Black Arts movement greenlit the development of Black theatre companies across America. Embedded in neighborhoods, these professional community theatres entertained and educated audiences with plays germane to the unique history and lifestyles of Black America.

Black writers gave voice to this experience. They engaged Black audiences similarly to writers of other races. Like them, we want to see ourselves reflected back to us in dramatic form. When we see ourselves prominently portrayed, fully dimensional, through an authentic lens of diverse life experiences, we are engaged. We recognize ourselves.

AAMPA: Share your favorite memory of being an icon in black performance art.

Kemati Porter: Touring a production of “Checkmates” by Ron Milner to Zimbabwe in southern Africa.

A specific memory is overseeing the touring production of “Checkmates” by Ron Milner to Zimbabwe for their international Linkfest Festival. Our small company of five were warmly received in the community.

Our host informed us of the crushing poverty and disenfranchisement experienced by local residents. We were warned to be careful. We ate in restaurants residents could only look through the windows of. Collectively, we traded or gave away excess clothing, bought artifacts from local artisans, and on the last day of our trip, intentionally gave away any funds in excess of what was needed for taxi fare to the airport.

We had trouble with the taxi driver at the airport. He wanted to charge more than what our host had negotiated for the fare. He enlisted the assistance of the military police to aid his charge. It was quite a performance. He almost had the police convinced we had cheated him. I was led to an interrogation room.

The actors were angry and concerned. One if the actors was an ex-Marine. This six-foot man made it clear he would not leave my side under any circumstance. On the way to the room, I looked over my shoulder and saw our plane landing. I calmly informed the officer that our plane was here and that the taxi driver was attempting to cheat us because we were Americans. And, that I would need to contact the American Embassy if we were detained and missed our flight home.

It worked. The taxi driver was livid with the officer. We boarded our flight feeling this exchange was not the memory we would hold. It would be the community of artists and persons we befriended in a place of abject poverty. Preservation of culture, abundant in our shared artistic exchange, buoyed us. We gave them material goods and they gave us perspective on the necessity of art.

It holds their true history, their ongoing legacy. This memory, experientially frames the ongoing struggle of American Blacks’ efforts to control their economic, social, political and history narrative. 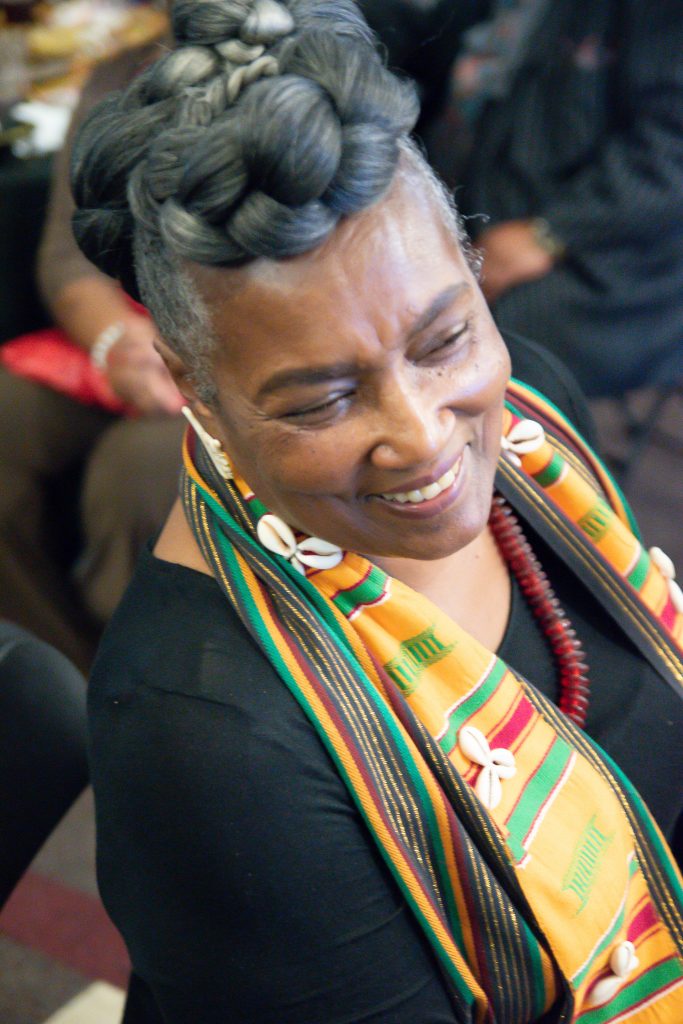 AAMPA: If you could share one piece of advice for future generations, what would it be?

Kemati Porter: Authenticity does not negate creativity. It empowers it.

My advice for future generations and specifically Black theatre artists: Tell your story in your voice; you have a unique lens, use it. The Black American experience is fodder to feed the imagination.

Authenticity does not negate creativity. I am equating authenticity with specific life experiences relative to race, culture, and community. Jordan Peele’s “Get Out” exemplifies this.

This contemporary racial horror film explores a body swapping technique, rooted in the historic subjugation of Black people, that refreshes the lens on slavery.

Marry your imagination to experience. Create art with meaning and purpose. Leave a trail for future artists to build on.

AAMPA: Share something about yourself that can’t be found in Wikipedia.

Kemati Porter: I am a champion pumpkin decorator. I have won our family competition twice

AAMPA: Who are some of your heroes?

Kemati Porter: Abena Joan Brown was an intellectual giant and critical purveyor of Black arts advocacy. Her forty-year stewardship of
eta Creative Arts Foundation was forged in a mission of preservation and perpetuation of the African American aesthetic.

The focus of that aesthetic is to tell our stories in our own voice, is the tradition I promulgate in my work with FirstVoiceWorks, LLC. I perform curatorial services for writers dedicated to telling stories “about us, by us, for us and near us.”